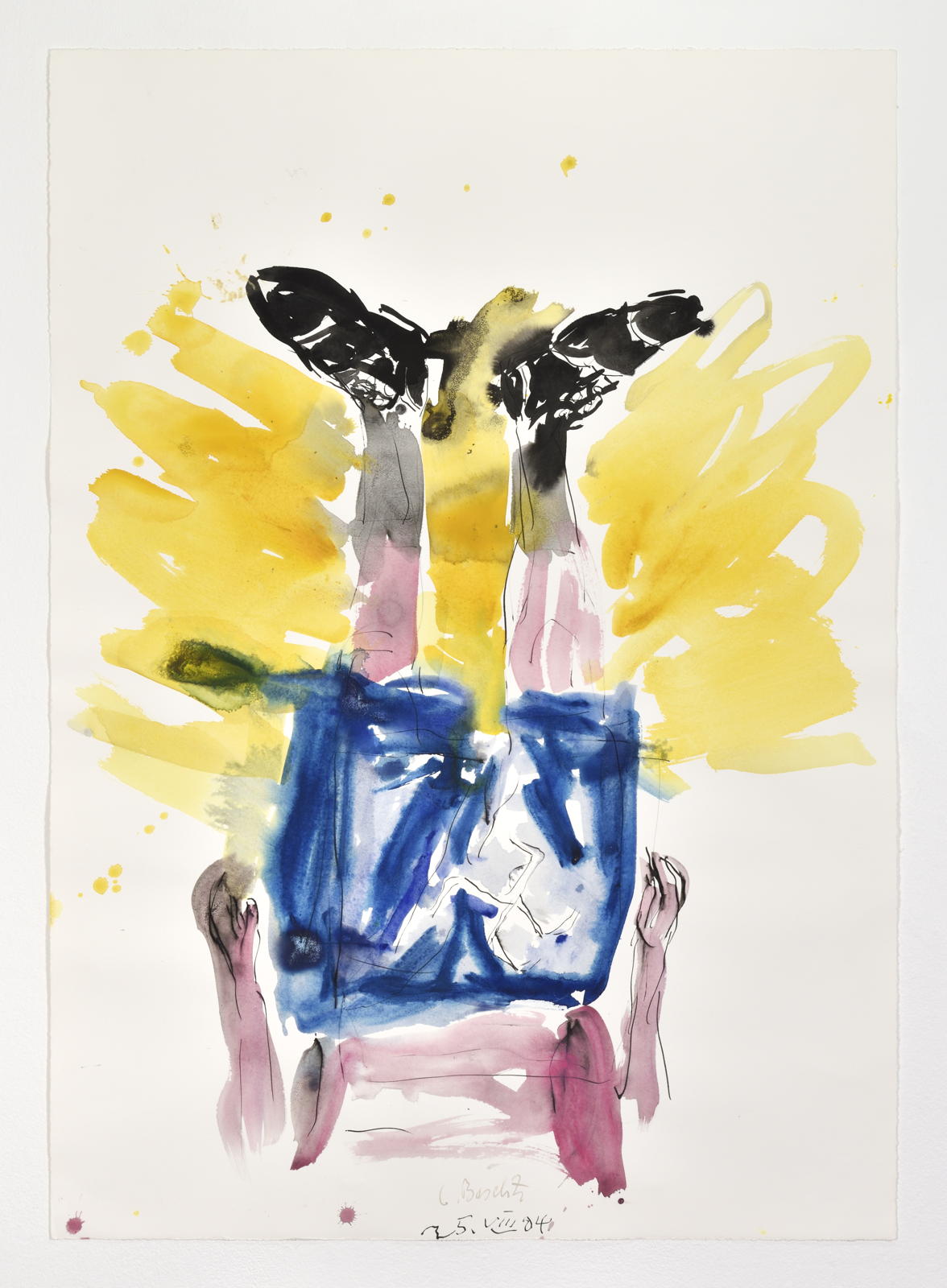 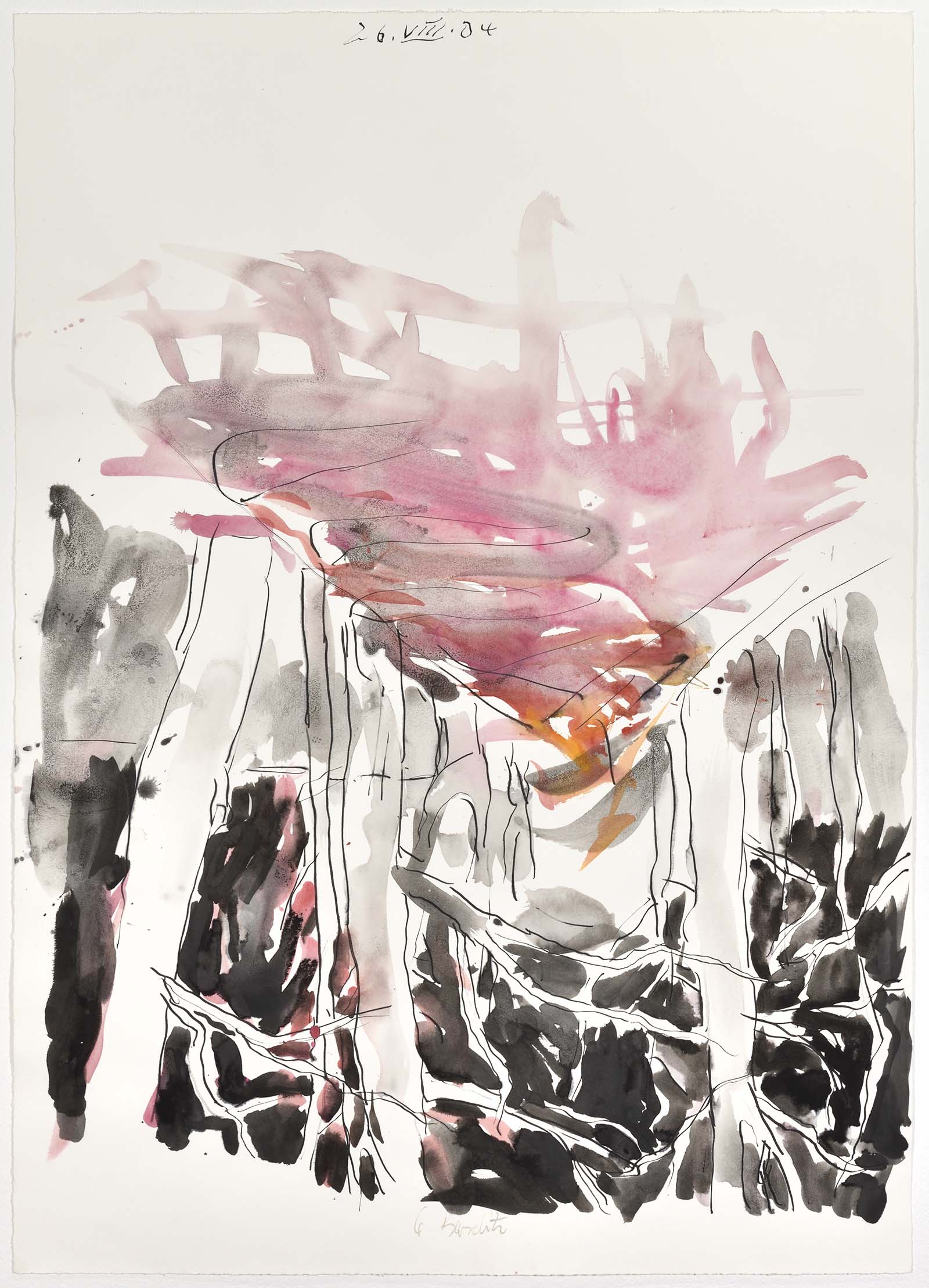 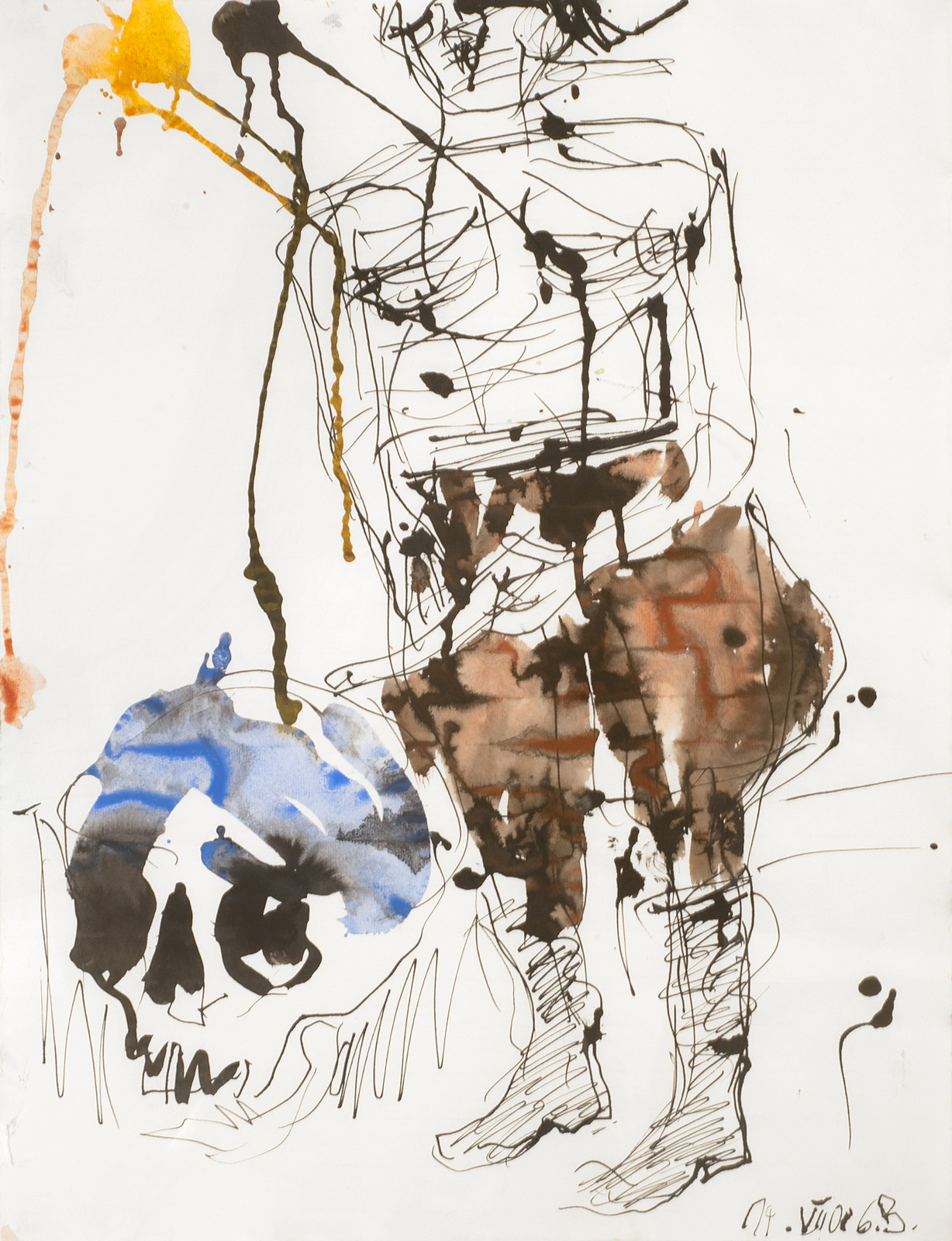 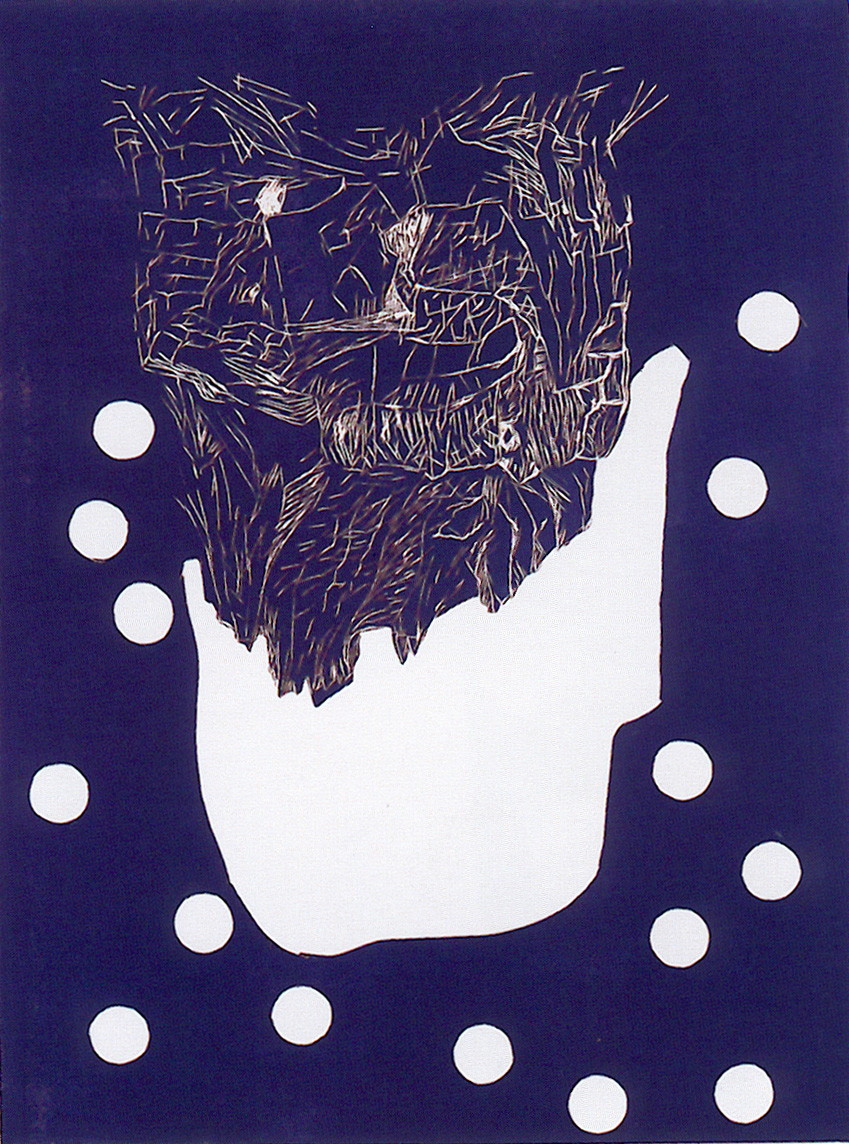 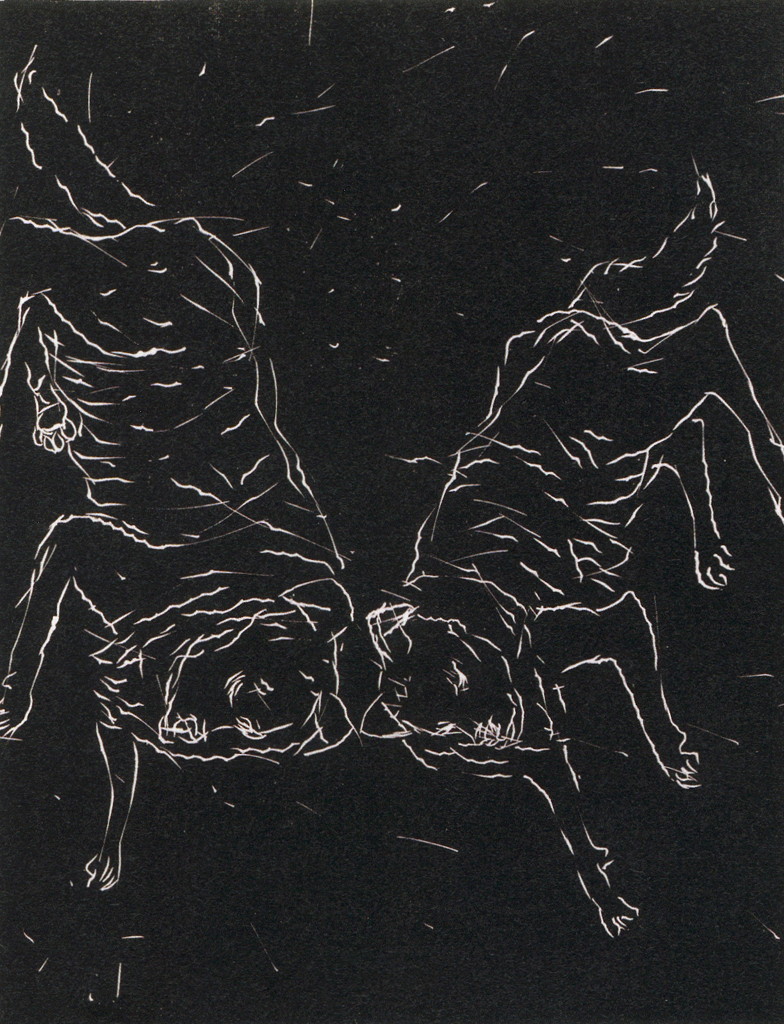 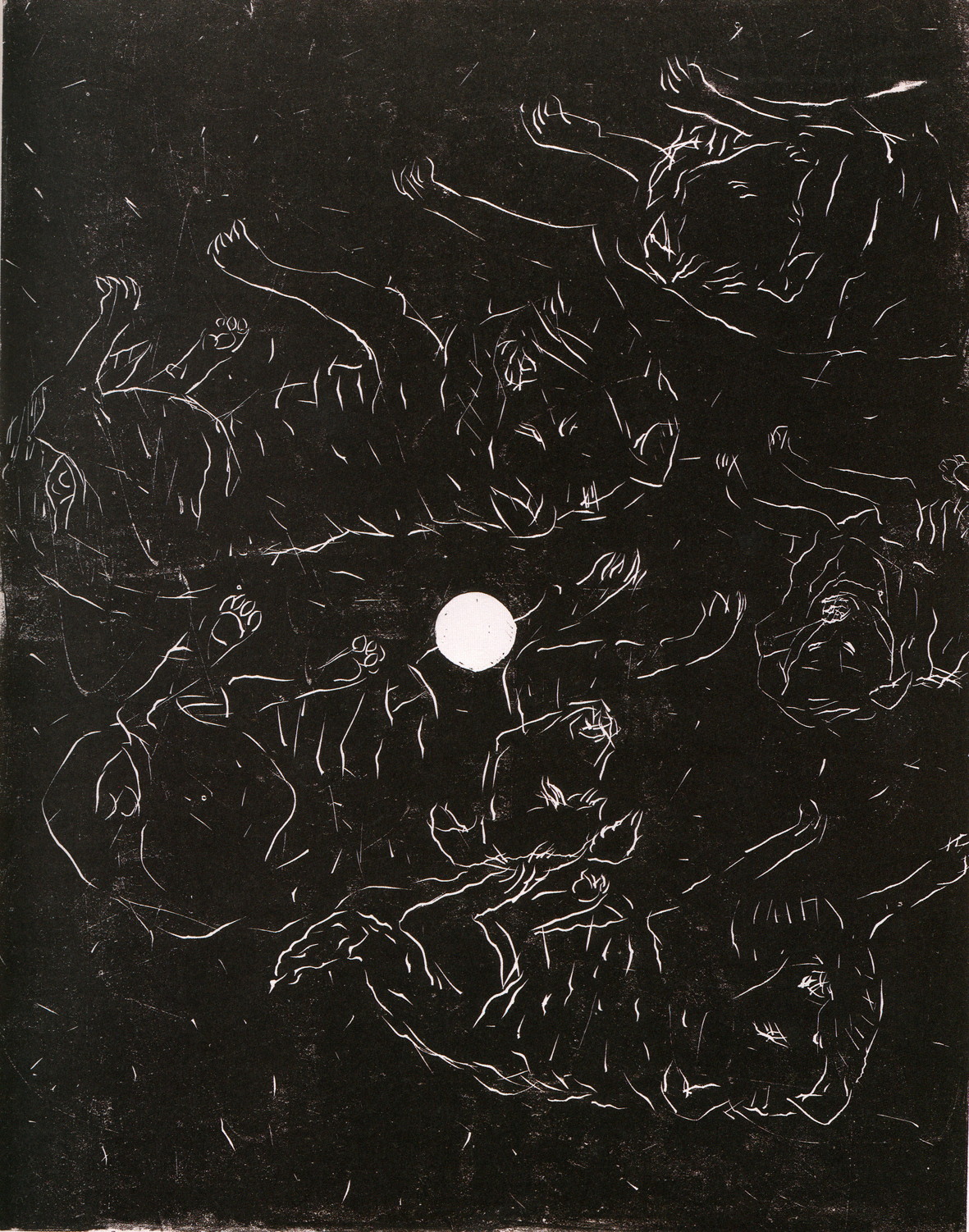 Born in Deutschbaselitz in Saxony (former RDA), in 1938.
Lives and works in Munich.

From the very beginning, his work expresses reactions on traumas and tragedies closely linked with the history of Germany.

Since the 1960s, the works of Baselitz have been a subject of numerous individual and collective international exhibitions. Georg Baselitz represents Germany in 1980 at the Venise Biennial, is present at documenta 5,6,7, in 1972,1977 and 1982 in Kassel.
The Museum Solomon R Guggenheim in New York presents the first retrospective of engravings in 1995, exhibited afterwards at Angeles County Museum, at Hirshhorn Museum in Washington D.C., at Nationalgalerie in Berlin and Musée d'Art Moderne de la Ville de Paris. The Royal Academy of Art in London organises another significant retrospective in 2007. From September 2011 until June 2012, Musée d'Art Moderne de la Ville de Paris displays a retrospective of his sculptured work, followed in 2013 by a vast retrospective at the occasion of the 75th birthday of the artist, at the Essl Museum in Vienna.
In 2015, Georg Baselitz participated in the exhibition All The World's Futures at the Arsenale during the 56th Venice Biennale.

Painter, sculptor and engraver. Georg Baselitz is today considered one of the most talented engravers of his generation. The Galerie Catherine Putman edits his works in France since 1997.

« I do paintings and engravings in parallel, without giving them different values because they are just two simultanous activities. What I do in my paintings exists in my engravings, it depends on them. »
Georg Baselitz, in Grabados Gravures Prints 1964-1990, Cabinet des estampes, Genève - Ivam, Valence - Tate Gallery, Londres, 1991.