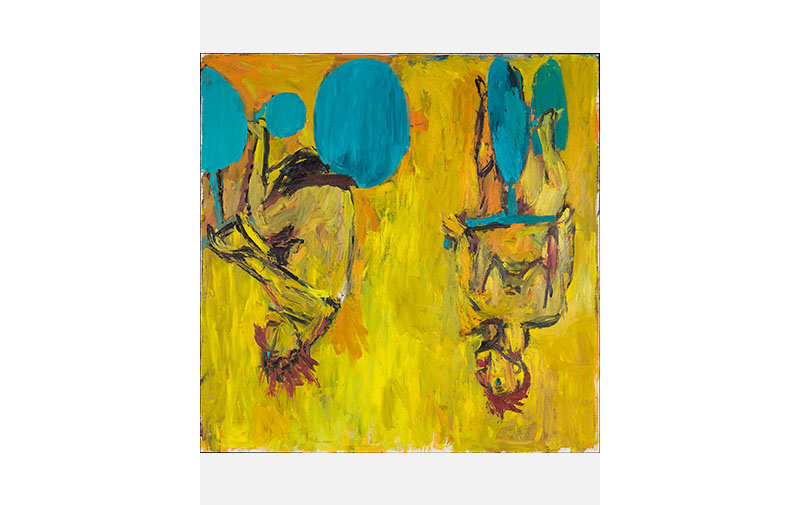 "Georg Baselitz ? The retrospective" is the first exhaustive exhibition of the German artist in the Centre Pompidou. It brings together his masterpieces of the last six decades in chronological order, revealing his most striking creative periods: from the first paintings and the Pandemonium manifesto in the early 1960s to the Heroes series; from the Fractured compositions and the inverted motifs of 1969, including the successive groups of works for which the artist experimented in masterly fashion with new pictorial techniques featuring varied aesthetics, sustained by references to the history of art and his intimate knowledge of the work of many artists, such as Edvard Munch, Otto Dix and Willem de Kooning, through to the ?Russian Paintings? and the self-reflexive creations entitled "Remix" and "Time".
An unclassifiable artist, wavering between figuration, abstraction and a conceptual approach, Georg Baselitz claims to paint images that have not yet existed and to exhume what was rejected in the past: "I was born in the midst of a destroyed order, a landscape in ruins, a people in ruins, a society in ruins. And I didn't want to introduce a new order. I had seen more than enough of so-called orders. I was forced to call everything into question. I had to be ?naïve? all over again, begin again. I have neither the sensitivity nor the education or philosophy of the Italian mannerists. But I am a mannerist in the sense that I deform things. I am brutal, naive and Gothic."